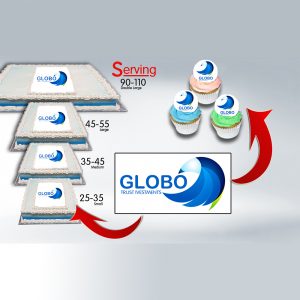 Spoil your clients and collegues for any corporate occassion with a delicious cake from Cake Extreme.

With flavour and icing options to choose from, you cannot go wrong when celebrating any occasion with a cake!

Our delicious cakes come personalised with an edible print of your company's logo, making it the perfect cake for any ocassion. Please upload your company logo when placing your order.